So, after Jacks hill rear window explosion, the first priority was to make a new screen.

I started with a spare glass window, and waxed it and covered it with mold release agent.  Then put two layers of fibreglass on it, plus some extra ridges for strength (The T part in the picture).

It turned out quite well, and at 2.6kg its a lot lighter than the glass (9kg).

Also did some more work on the rear 1/4 windows.  Here is on still with the primer/filler on it.

And the second one with its first coat of black.

After a couple of days letting it dry, started working on finishing the rear window.  Here its 1/2 sanded down, to get rid of some tiny imperfections in it.  I’m new at this fiber glassing thing and learnt a lot doing this window – I learnt how NOT to do a lot of things.

I also made a start on making a mold to make some NACA ducts (low drag cooling duct inlets).  This will possibly only make sense to people once I’ve finished the part.  About another month…. 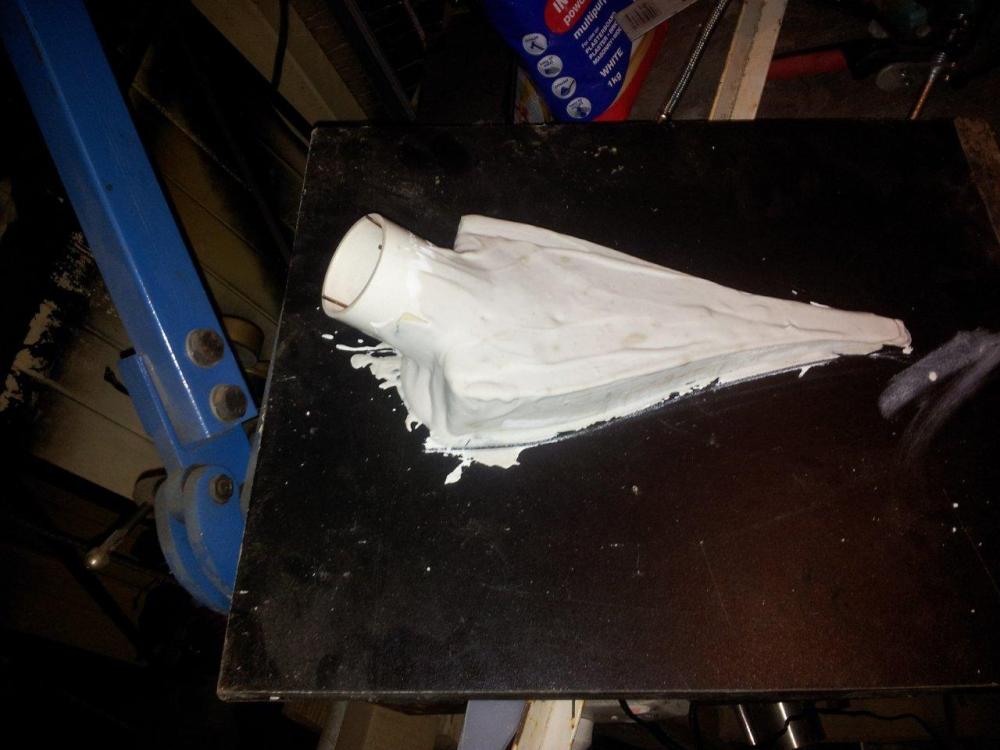 I made a throttle return stop too.  Previously it was moving back to far, making it hard to quickly transition from the brake back to the gas.

Then drilled some holes in the door and mounted the mirrors.

Then got back onto the angle grinder to cut more bits off the back of the car.  The shrapnel on the floor shows the small bits that are coming off now – all the big bits are gone….

Just over a week until the car needs to be finished, hmmmm………