As is the way with me, after having plenty of time to get the car ready for Waneroo, I’ve now run out of time again.  All because of the addiction of going faster….

On previous events, the air intake temperature (temp of air going into motor) was much higher than what you want to see.  There were two possible reasons for it – One was that I’d not made any ducting to force more air through the intercooler, and secondly that the air filter is in a location near the exhaust, and I never got around to finishing the box around it to keep the hot exhaust air away from it.  The ducting into the intercooler is done and pending time over the next few nights, I want to re-locate the air filter as well, to put it in a better location (hindsight is a wonderful thing :))

Looking into the duct. 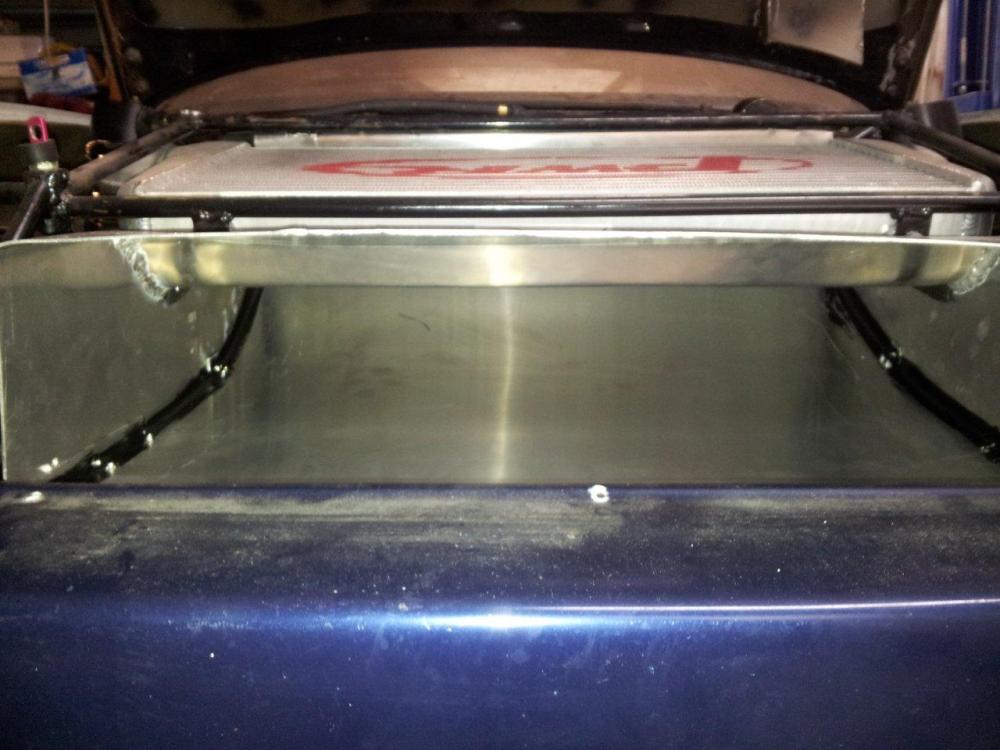 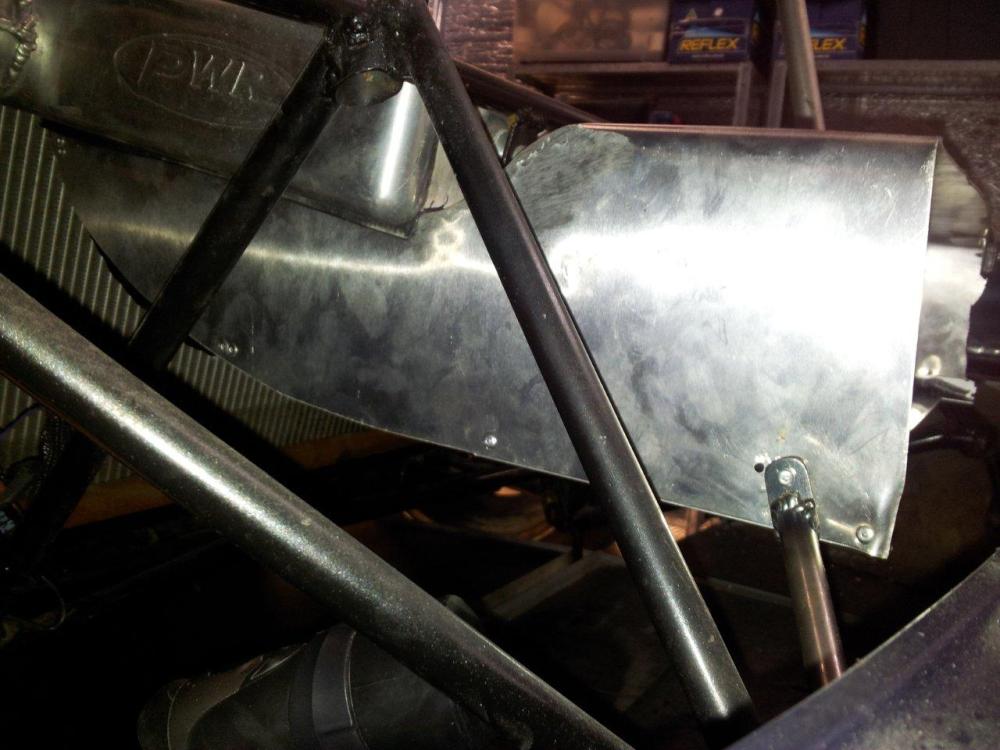 Next on the list was to make some improvements to the drivers door.  One is due to the fact that I’ve cut so much out of it that its really floppy now, and doesn’t want to shut very well.  The second one is to make it a little bit safer.  While I know that its a bit late to have come to this realization, but my recent overnight trip to Sydney made me think out things a bit different.  Sophie was very upset because I was not there to read her a story and say goodnight, and by the time that I got out of the presentation that I went to they were already asleep.  I’ve never really worried about me dying, and I never really thought that the kids would miss me that much – I’m at work for most of the time that they are awake.  So I guess as I’m more important to them (than I am to myself) I really need to spend some more time making the car as safe as it can be in an accident.  So to stop the floppy door syndrome, and to make it safer in a side impact the door is now filled with 120mm thick foam across the whole door, and there is now an internal skin that is a lot more structural than the standard door trim.  The idea is that in a side impact, the foam in the door crushing against the roll-cage will absorb some of the impact, rather than the metal skin of the door just instantly crushing.  Hopefully I never have to test it out, but if I do, at least I’ve done all that I can to make it safer.

The door weighs in at 15kg though – not too happy about that.  The next version needs to be safe, but lighter 🙂

The reflections from the inner skin make it look all warped…

I finished off the passenger side of the rear diffuser (aerodynamics) so the outer strakes are finished now (apart from paint).  At some point I need to make one or two more strakes for the middle section. 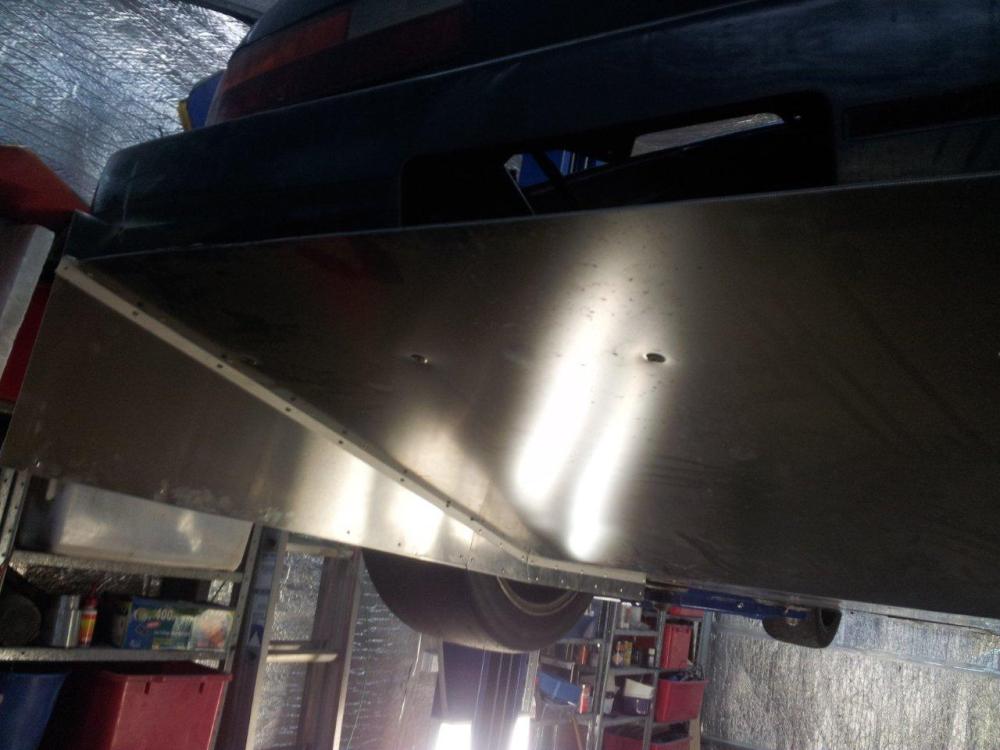 JC asked me the other day as to what was inside of the lower A-Pillar section of the car.  I didn’t know, but its been on the list of things to remove from the car for some time, so I cut it open to see what was in there.  The answer is not much……..

And it only took about 900 grams out of the car 😦  So JC, the answer is very little!

After that it was a lot of items that were not really photo worthy – like changing spark plugs, changing the diff oil, putting a new battery in, cleaning the inside of the car, re-assembling the removable firewall section, putting the rear window back in, putting the front bumper and fenders on, putting the new fire ext in, etc, etc, etc……