On the trailer slightly early unfortunately…  Although we learnt a lot and its good to have the cars first run completed.

Funny how a tiny piece can end your fun

If you look closely, the bracket that holds the fuel rail has snapped in half…..

We’ve made a new bracket for it, so we won’t see this happen ever again.  I’m a little bit annoyed, one of the few parts on the car that I bought off the shelf, and I get a throttle that won’t return properly, and a part that breaks.  On a positive note the 100 other parts that I made all survived very well :).

So, the story – We made it to the mid day service, albeit with a sticking throttle causing more than a few issues, then on our way back to the 5th stage the motor coughed, spluttered and then stopped – all the fuel was leaking out of the fuel rail.

With the throttle hanging when the engine was hot, it made driving ‘interesting’ to say the least, we never got to attempt a fast stage time because of this, but it was good to see that none of the things that I had built broke off. 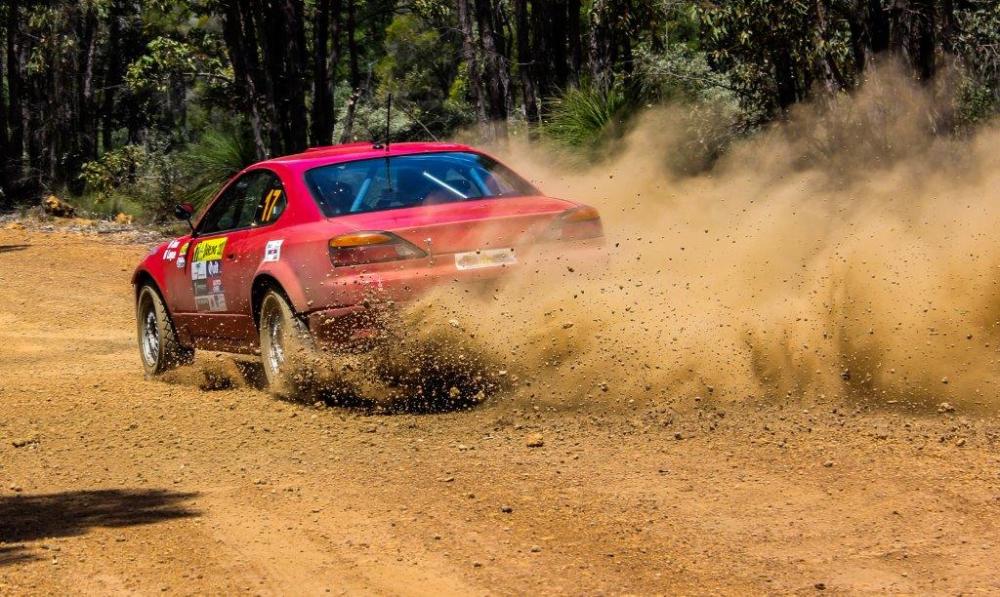