The next event is at Collie on the 19th – 21st Oct.  It is being run as a round of the Speed Event Series and a round of the Australia Sprint Series, a national event.

Its going to be interesting going up against some of the top cars from the eastern states.

So, I’ve got a list of things that I want to improve on the car before then.

The first of these is working out what to do with the rear window (as its now in a million pieces…).  I could get a Lexan one molded, but long term I want to put the 180sx rear end on it, and as its a different window I don’t want to pay $300 for a window that will be useless at the end of the year.

So, as one of the rear 1/4 windows is still glass, I thought I’d try something to replace that with fiber glass, then if that works ok I’ll do the same with the rear window. 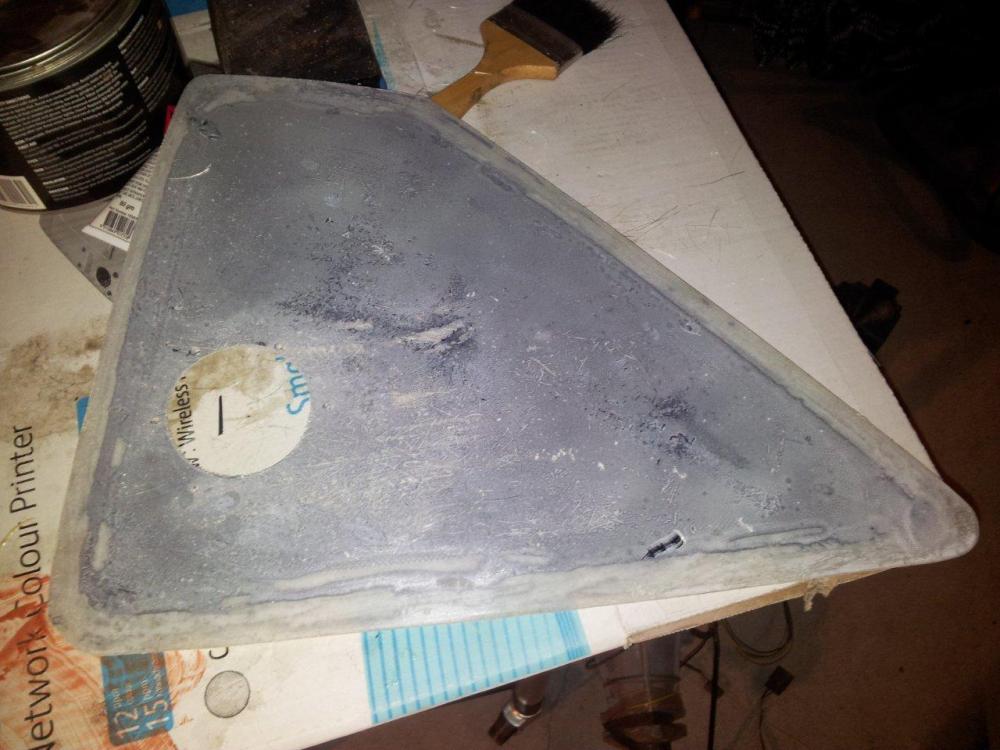 Here is one of the two that I made.  Its been roughly sprayed with undercoat, which I’ll be sanding smooth and then painting it gloss black.

Panel sitting on the car.

Once I’ve painted it I’ll put the factory window trims back on too.

They are looking good so far, so assuming that these turn out ok then I’ll do the same for the back window.  As I won’t be able to see out the back any more, I’ll remove the interior mirror and put the external mirrors back on the car.  The inside mirror was of limited use anyway as the rear wing blocks off most of your rear vision anyway.

Other jobs were taking more weight out – again…..

Then I started on the insides of the rear, around the windows and roof areas.  I had roughly cut the metal out from the inside, but never nicely cleaned it all up.  So that was the first job.  I then cut out the rear wheel wells and cleaned up all around those areas.  A bit more to go to clean these up, hopefully this afternoon….

And that’s just the big jobs…..