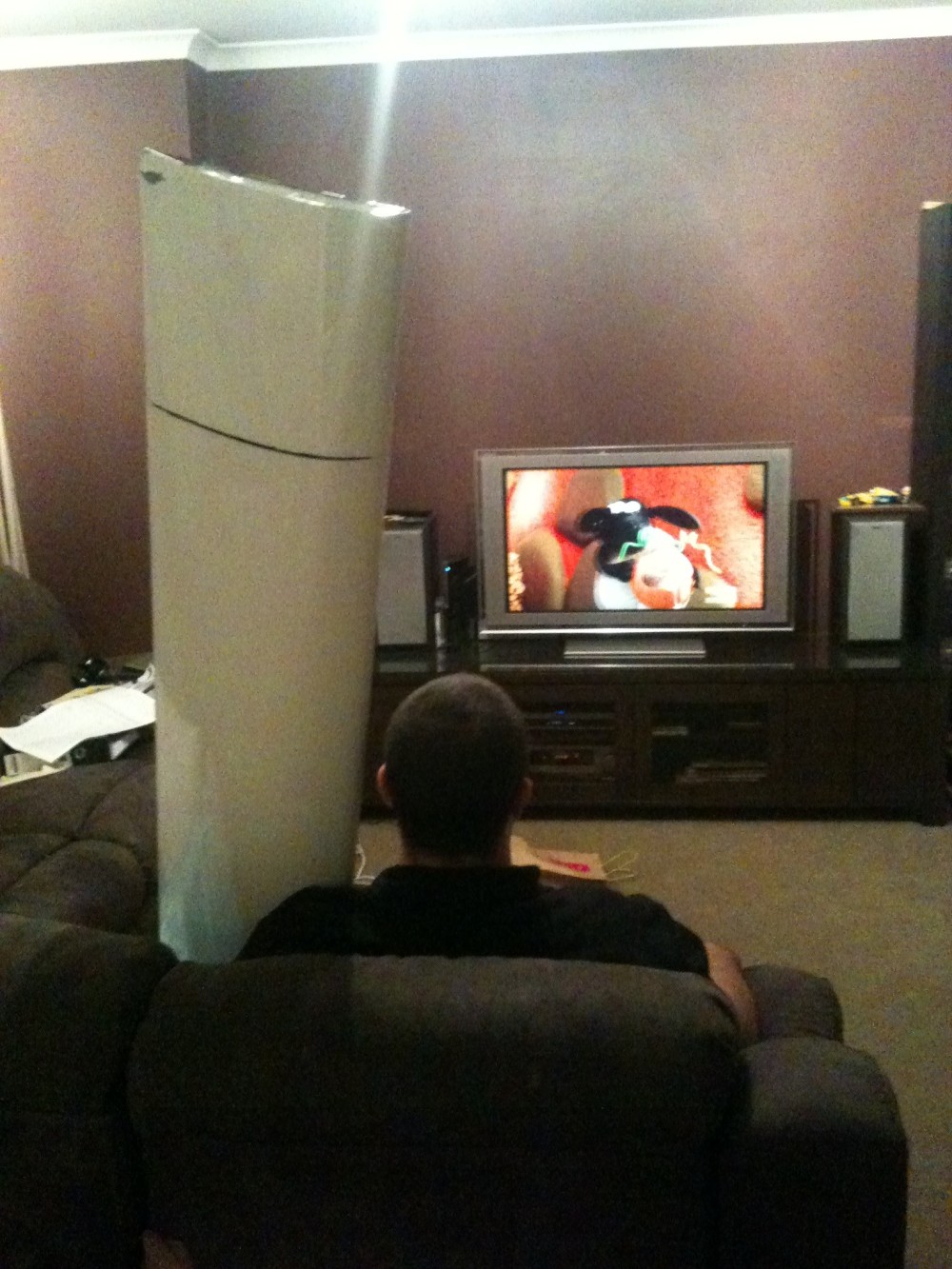 It’s a slightly broken, carbon fibre wing from a Porsche 996 GT Cup car.  These are a factory Porsche race car, so its a light weight wing that actually works!

It was on a car that crashed at Wanners the other week.  Luckily for me, the car owner has enough money that he just wants a new wing, so, as this one was going into the bin, I grabbed it from them.  It has cracked on the underside when it attaches to the mounting plate, which has come out.  So, this needs to be glued back in, and there are a number of small splits in the carbon that will need to be ground out and patched up, but its all very do-able.  I’ll then need to make the end plates and a set of mounts to attach it to the car.  I have made templates of the Porsche ones, so I’ll make an alloy mount, and composite end plates. 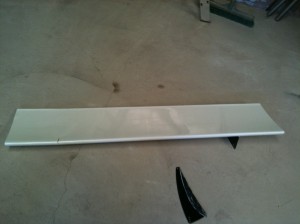 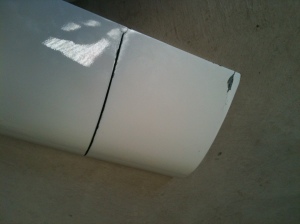 You can see the small areas of damage in the pics above.  The large slot on the right hand picture is where the wing mount gets glued in (The mount is the black bit in the left picture). 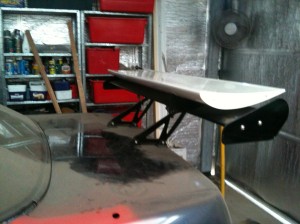 As for actual progress, the frame is all welded now, the seat rail is about 80% built, and 50% welded in.  Just need to make one bit, tweak another bit, then finish weld it and the frame in the middle of the car will be done.  Hopefully I can get back out there tonight as soon as it cools down a bit (it’s still 35 deg!).

Next on the list is the mounts for the seat, and mounts for water, battery and fire exh. Then I need to connect from the new frame, to the existing front chassis rails – Need a little bit more metal tube, so won’t have that till next weekend.